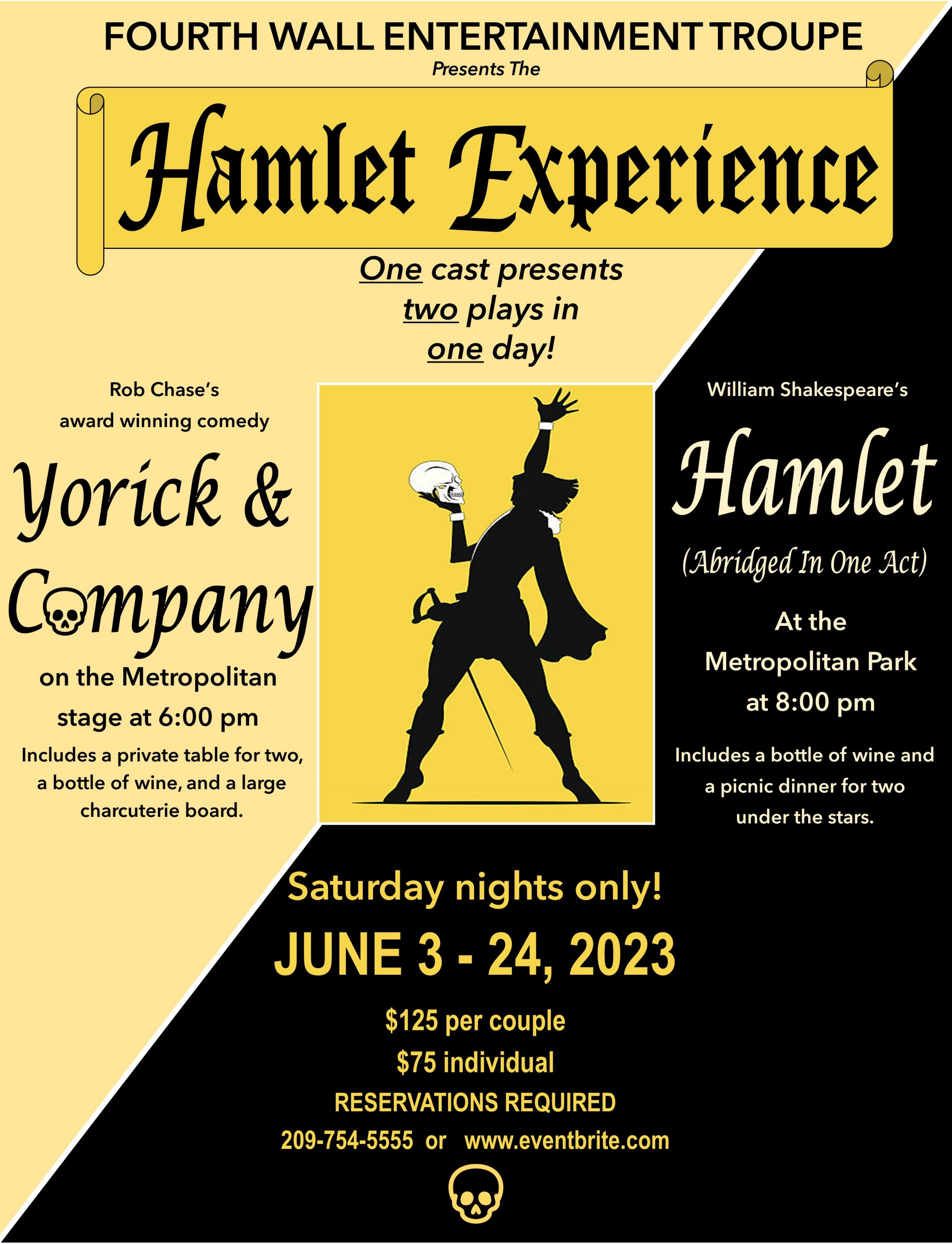 One cast presents two plays in one day!

It’s Saturday night. You and your date arrive at the Metropolitan theater in San Andreas to enjoy the “Hamlet Experience”.

7:00 pm – You are seated at a private table inside the Metropolitan venue with a charcuterie board and a bottle of wine where you spend the next couple hours enjoying Rob Chase’s hit comedy, Yorick and Company. You laugh till your sides hurt, then make your way down to the park next door.
Yorick and Co. is a comedy about a struggling theatre company on the verge of shutting down when a mysterious benefactor promises a fortune to them on one condition: they use his skull as Yorick in their upcoming production of Hamlet. Desperate for the money they agree, and are shocked to find out that the skull contains a very chatty ghost as well. He becomes a mentor to Lang, the star and producer of the company. He also helps Lang cope with the rest of the cast and crew which includes an alcoholic Claudius, a method actress playing Gertrude, and an Ophelia who is as crazy about Lang as her character is for Hamlet.
8:30 pm – You have arrived at the Metropolitan’s outdoor venue where you are greeted with another bottle of wine and a boxed picnic dinner. Now you settle in on your blanket under the stars and watch the same cast perform (an abridged, one act version) of William Shakespeare’s Hamlet.
Saturdays only in June 2023. Reservations required.
+ Google Calendar+ Add to iCalendar