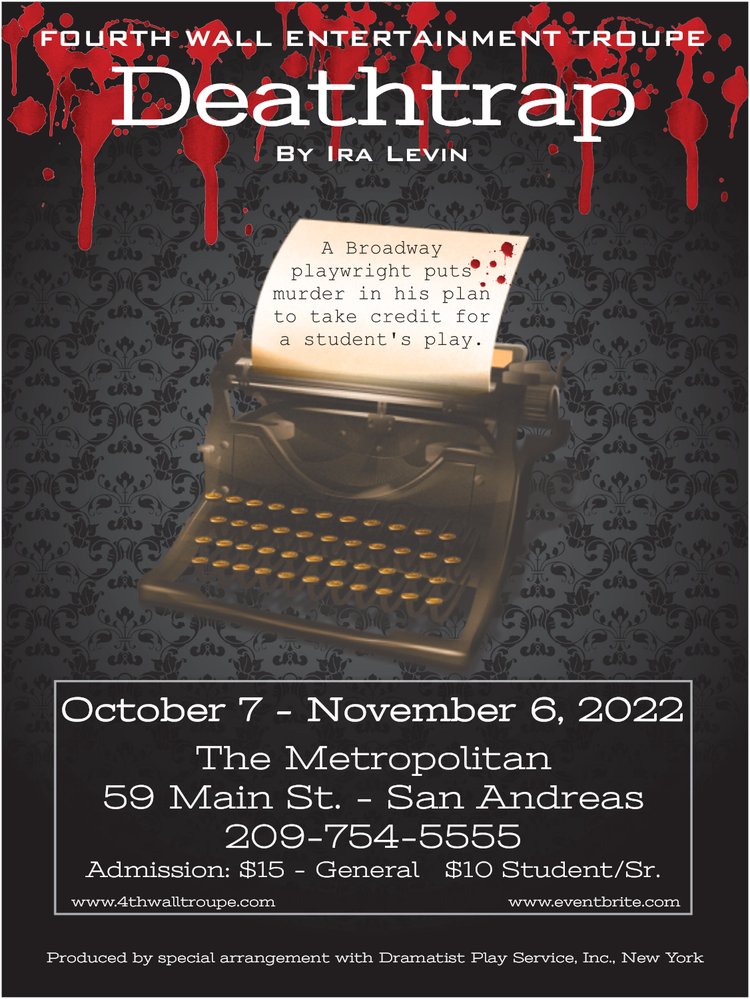 When once-successful playwright Sidney Bruhl  sees his latest Broadway effort bomb on its opening night, he tumbles into despair — until he receives a package from his former student Clifford Anderson. Inside is an unproduced script that’s better than anything Sidney has written in years. At the urging of his wife, Myra, Sidney undertakes a plan to lure Clifford to his country home, murder him and then announce the script as his own work.